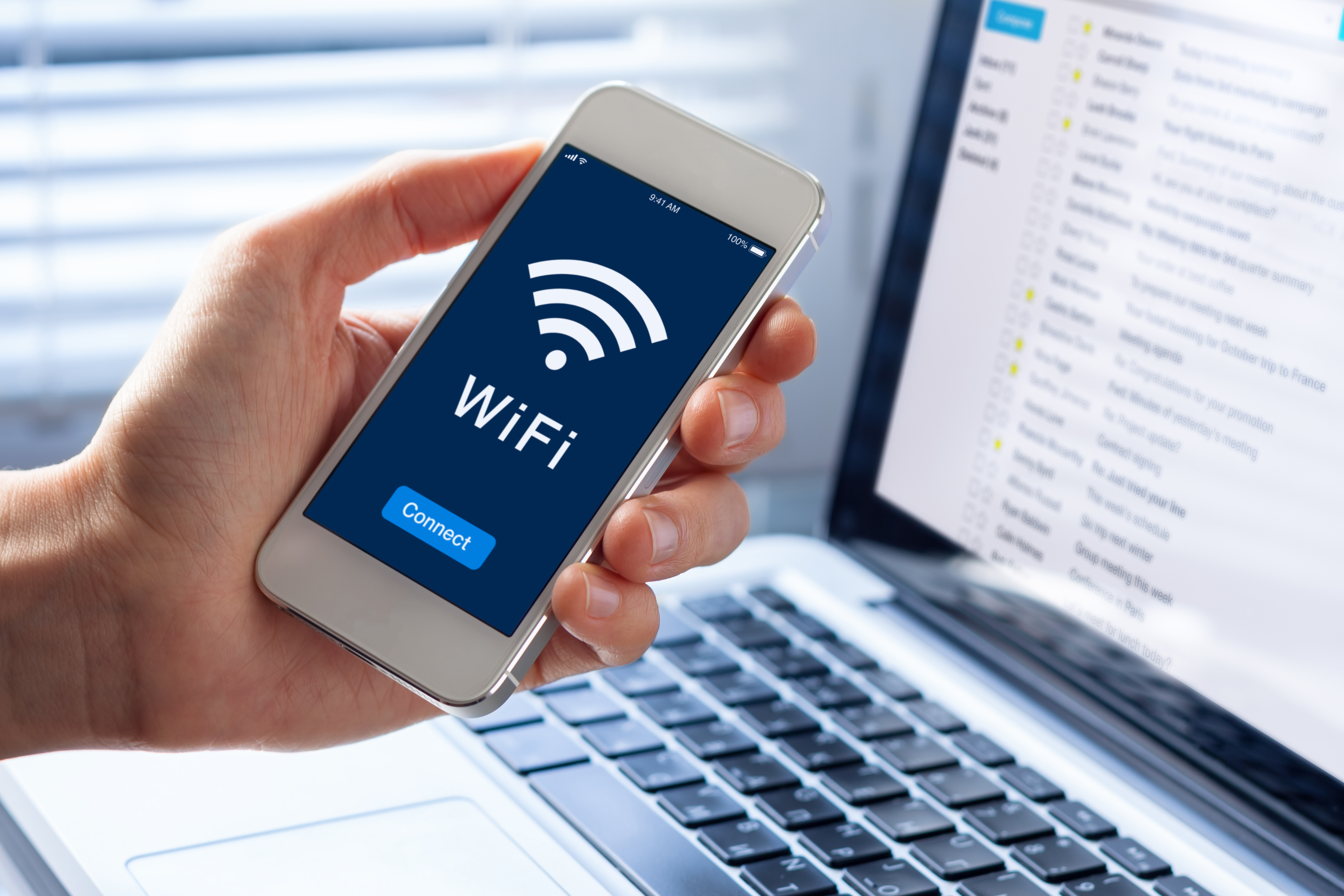 Boosting or improving your Office or Home WiFi

WiFi coverage issues aren’t limited to the home they can give problems in the office too. If you find that browsing is excruciatingly slow, your films keep buffering, you encounter dropped Wi-Fi signals, or have wireless dead zones you’ll want this sorted out. The competition for WiFi bandwidth has never been keener. The myriad of IT appliances – PCs, Apple Macs, iPads, Android tablets, iPhones, Android mobiles not to mention the increasing number of smart devices like Amazon Alexa or doorbells, plugs, light bulbs and maybe CCTV – they all connect all the time.

If all the above applies, at SimSof-IT we have tools to test the speed of your internet and troubleshoot your network issues.

Below is a list of some of the things we’d work on..

We would make sure the internet coming into your house is performing as it should. By running a speed test to see your internet speed.
Update Your Router Firmware

It is a good idea to check your router to see if it is running the latest version of the manufacturer’s software. Router manufacturers are always improving software to gain some more speed.

Not all homes will distribute WiFi signal equally. The fact is, where you place the router can affect your wireless coverage. The router should be in the centre of your house, if possible, so its signal can reach to each corner.

Look at the Frequency?

We’ll take a look at your network’s administrator interface and make sure you have it configured for optimum performance. If you have a dual-band router, you get better throughput by switching to the 5GHz band instead of using the more common 2.4GHz band.

Interference is a big issue, especially for those who live in densely populated areas. Signals from other wireless networks can impact speeds, not to mention some cordless phone systems, microwaves, and other electronic devices.

It is entirely possible the problem has nothing to do with interference or Wi-Fi range. If your network is open, or has a weak password, or you’ve let the neighbour have the password.. you could have an unwanted guest or two piggybacking on your network. If the neighbour is downloading all five seasons of on your Wi-Fi, your video chats will suffer.

Most modern routers come with Quality of Service (QoS) tools to limit the amount of bandwidth that apps use. We can check this.

If your router uses an internal antenna, adding an external one would be a good idea, as the latter tends to send a stronger signal.

It’s a good idea to get the most out of your existing equipment, but if you’re running old hardware, you can’t expect the best performance. If you bought your router years ago, you might still be using the older, slower 802.11n standard.

Some newer routers may have better range than your old one, but in many homes, you may still not get the range you need. If the network must cover an area larger than the router is capable of transmitting to, or if there are lots of corners to go around and walls to penetrate, performance will inevitably take a hit.

Typical range extenders receive a signal from your router, then rebroadcast it to your devices, and vice-versa. However, while they’re inexpensive, they’re often not as effective as mesh Wi-Fi systems, which replace your existing router entirely. Instead of merely repeating a router’s signal, multiple units work together to intelligently route traffic back to your modem, blanketing your house in a single Wi-Fi network that reaches everywhere you need.

At SimSof-IT we offer Tech Support in St Albans, Harpenden, Watford and the surrounding areas. Contact Andrew on 01582 787205 to discuss our range of services. Full details are on our website SimSof-IT. Stay up to date with IT or Tech issues by following us on Twitter or Facebook or LinkedIn.